NARSSA is guided by an Advisory Board of distinguished experts committed to ensuring its place as the premier educational platform for professionals that seek to advise their clients on issues related to Social Security and Medicare. 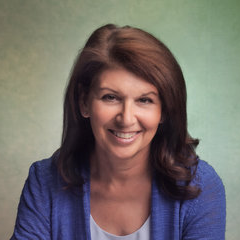 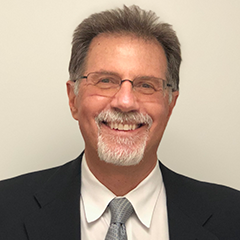 Michael Rosedale, a co-founder of our organization, has been a licensed Certified Public Accountant in New York State since 1984. He holds a Master of Business Administration (MBA) in Accounting from Hofstra University. For over 30 years, Michael has remained an active CPA providing small businesses and individuals tax compliance and advisory services. He is currently the managing partner in the firm Rosedale & Drapala, CPAs. Through their small business tax division, CPA Tax Partners, the firm provides tax services to businesses and individuals throughout the U.S. Michael has been an advisor and consultant to companies that seek to establish successful marketing strategies for introducing new products, technology and services to the CPA and accounting profession. He founded CPAdirectory.com in 1999, the first national online membership directory of the CPA Profession. With the federal regulation of the tax preparation industry in 2011, Michael believed there was an opportunity and need for a national directory of all registered tax professionals. He created PTINdirectory.com which remains the only comprehensive national online directory with over 700,000 federally registered tax preparers. The directory is used by local and federal agencies, individuals and business owners to find a tax preparer that has been issued an IRS Preparer Tax Identification Number (PTIN).

Laurence Kotlikoff is a William Fairfield Warren Distinguished Professor and a Professor of Economics at Boston University, a Fellow of the American Academy of Arts and Sciences, a Fellow of the Econometric Society, a Research Associate of the National Bureau of Economic Research, President of Economic Security Planning Inc., a company specializing in financial planning software, and the Director of the Tax Analysis Center. Laurence received his B.A. in Economics from the University of Pennsylvania in 1973 and his Ph.D. in Economics from Harvard University in 1977. He publishes extensively in newspapers and magazines on issues of financial reform, personal finance, taxes, Social Security, health care, deficits, generational accounting, pensions, saving, and insurance. Laurence has served as a consultant to the International Monetary Fund, the World Bank, the Harvard Institute for International Development, the Organization for Economic Cooperation and Development, the Office of Management and Budget, the U.S. Department of Education, the U.S. Department of Labor, the Joint Committee on Taxation, governments around the world, and major U.S. corporations including Merrill Lynch, Fidelity Investments, and AON. He has provided expert testimony on numerous occasions to committees of Congress including the Senate Finance Committee, the House Ways and Means Committee, and the Joint Economic Committee. 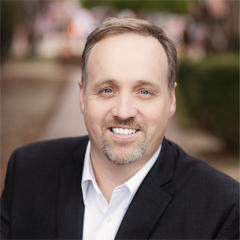 Devin Carroll is an RSSA and financial planner who is obsessed with studying and understanding the complexities of Social Security. He founded Social Security Intelligence to demystify a confusing, complicated, and often overwhelming retirement system for others so they can confidently choose the best strategies to maximize their benefits. As a social media influencer, more than a million people read Devin's blog and watch his YouTube channel each month as he shares what he's learned about Social Security. When he's not creating content to help the masses better navigate the Social Security system, Devin works with financial and retirement planning clients at the firm he founded, Carroll Advisory Group. Since 2003, he's created financial plans that have helped countless couples and families enjoy greater peace of mind and clarity around their financial futures.

Are You a Financial Professional, CPA, Lawyer, CFP, Tax Preparer, or Insurance Agent?